OUTSOURCING SERVICE FOR YOUR NEEDS IN INDUSTRIAL AND ARCHITECTURAL
POWDER OR LIQUID PAINTS.

Our mission is to provide quality service meeting all your needs by using equipment and techniques at the cutting edge of technology. We want to offer you the best experience with our products and our sense of innovation . Finally, we aim to provide you with a courteous, passionate and honest service.

Serie-Act started operating in 2006. Its owner, Carl Acteau, made his dream come to life: operating his own business.

Being the go-getter type, he worked as a technician foreman in finishing and painting, he followed a course on starting a business while meeting potential clients. He was asked for bids and won a contract even though he did not have a plant. Wasting no time, he hired a friend to give him a hand in transforming its residential garage into a paint room over a 6-month period. And here we go, 800 sq. ft and 2 employees in May 2006.

Later on, the company rented premises from a customer in Thetford Mines. A 4,000 sq. ft. plant enlarged three times in a year and a half, ending with a 9,600 sq.ft. plant. The lease was for 3 years but the company had to move since the landlord needed extra space. This is where the idea of building a 23,260 sq.ft. plant took roots.

The tightening of environmental standards with reference to air pollution emissions played a very important role in the development of powder coatings and water-based liquid paints. 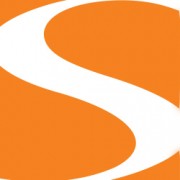 Your have the skills we are looking for?

You want to join our team of enthusiasts?